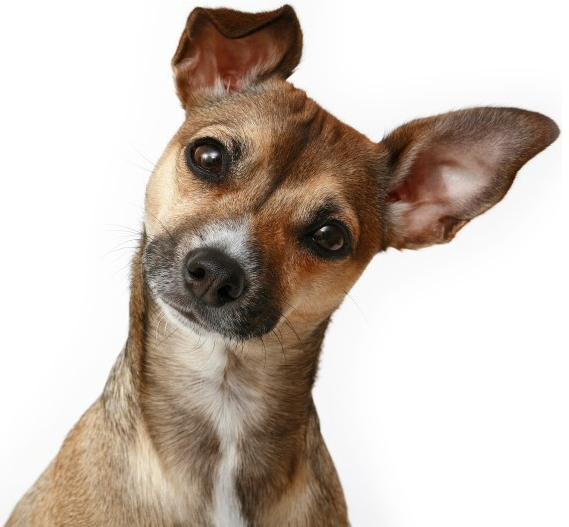 That means that of 1500 total Pet Show exhibitors, 900 only participate in one of these key shows.
While both shows are important to companies committed to the U.S. Pet Market, they do have a slightly different focus. For example, SuperZoo has a higher percentage of independent retail attendees while GPE had over 3 times the number of exhibitors from outside the U.S.

Let’s do some comparisons. We’ll take a look at the exhibitor type and product mix and compare it to both SuperZoo 2014 and GPE 2015. Both shows have designated floor sections which pull together exhibitors with a common theme. Other than this segregation, neither show segregates the other booths in any way.
The chart below and the ones that follow show the exhibitor count, % of total booths and directly compare SZ 2015 to SZ 2014. In the comparison to GPE 2015 we only show the % difference.

Remember SZ 2015 grew about 7% in exhibitor count so any change in count below +7% is actually a decrease in share of exhibitors. Also GPE and SZ have 3 sections in common for direct comparison

A word of caution: Just because a section is smaller, doesn’t mean that there are fewer exhibitors offering products in this category. It can indicate that Companies have broadened their product listings and have opted to not be segregated by only a part of their portfolio.

Now let’s take a look at the classifications that I have made in conjunction with the Exhibitor Visit Planning Tool that I designed to make working these trade shows easier and more productive.

Now let’s take a closer look at the “royalty” – Dogs and Cats. I have divided products designed for them into 32 subcategories. Here are this year’s top 10 for SZ 2015.

The full list of the “searchable” categories for Dog/Cat products and a comparison between SZ 2015 and SZ 2014 as well as GPE 2015 follows. Take a look at the categories that are of interest to you.

I have color highlighted both positive and negative differences in “share” of booths when they exceed 10 or 20%. Note: The data input for all shows was derived from visits to over 1000 websites – per show. They’re not 100% accurate, but close. 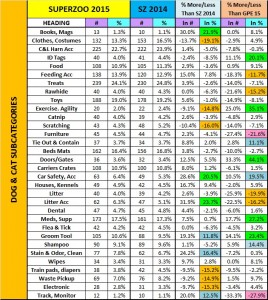 Although this post is primarily about SZ 2015, both SZ and GPE are “must attend” in the industry.

Regardless of why you are attending the SZ 2015, having a productive show requires planning. It’s too big to just “wing it”. Go to the link below which will take you to my previous post. From there you can download a copy of my SuperZoo Super Search Exhibitor Visit Planner. It can’t hurt and it may help make your show more productive.