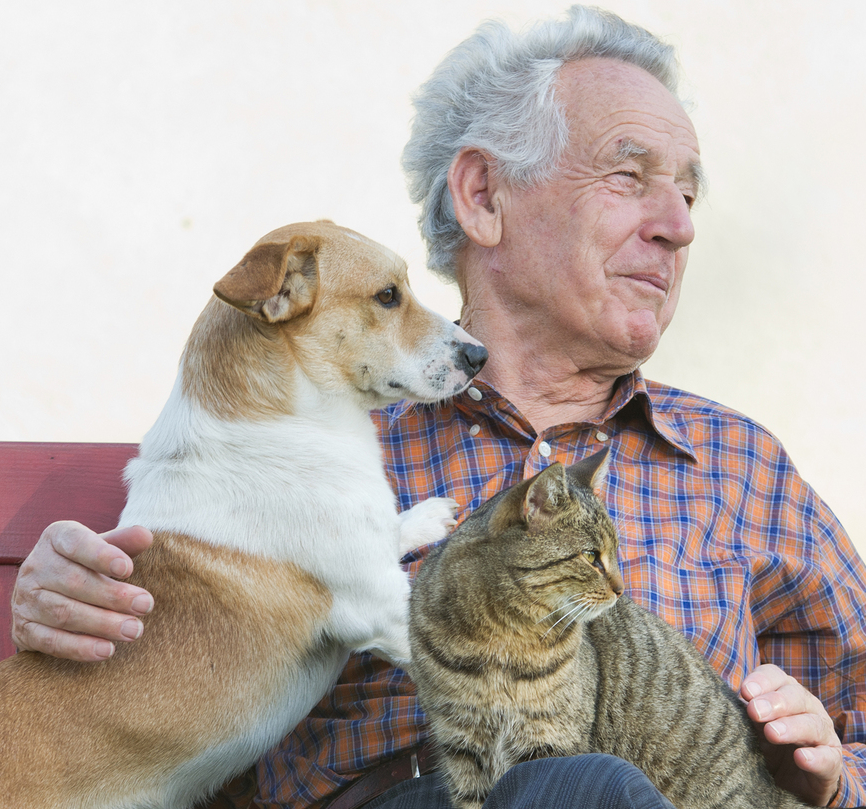 In our recent post on Pet Spending in the U.S. during 2014 we reported a 11.4% increase from 2013 to 2014 – $6.6B. The numbers were based upon the Consumer Expenditure Survey conducted in a cooperative effort by the USBLS and the Census Department. Here are the summary numbers:

The obvious question was, “Where did the $6+ Billion dollars come from?” Are there demographic groups that are buying more…and conversely, are there groups that are underperforming? The best way to maintain and increase growth is by targeting your efforts to build on strengths and to correct weaknesses.

Since we were looking at Pet Spending, the first thing to do is “follow the money”. The first demographic that we looked at was income level. As expected, it was a complex answer but there were 2 household income levels driving overall Pet Spending: $120K and above….and $30 > $70K

The $120K+ was no surprise but the $30>$70K group raised questions. An initial review showed a connection with another demographic…age. Two age groups, 25 to 34 and 65+ were showing exceptional increases in Pet spending. It’s worth a closer look at the consumer’s age in relation to Pet Spending.

First, let’s get an overview of the various age groups. The chart below shows how each age group compares to the U.S. average in terms of gross income, annual expenditures and pet spending.

Let’s translate this into total $. Here’s how much each age group spent on their Pets in 2014. 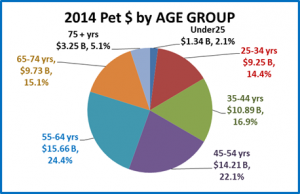 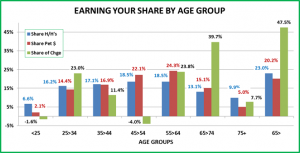 On to Non-Vet Services… 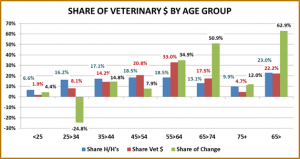 A couple of Final Thoughts

A 2 page detailed Appendix on Pet Spending by Age Group is available through the link below. Just click on the button to download and save the file as a PDF. If you would like this in Excel format, send me an e-mail request.