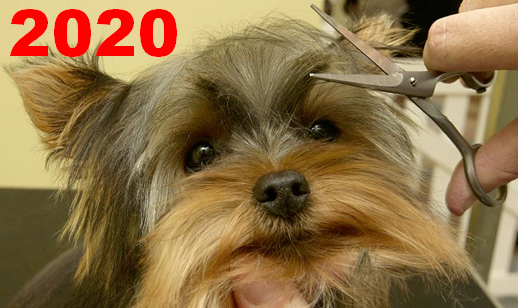 Except for a small decline in 2017, Non-Vet Pet Services has shown consistent growth in recent years. In 2018, that changed as spending grew a spectacular $1.95B to $8.72B. The number of outlets offering Pet Services has grown rapidly and consumers have opted for the convenience. However, prices were also strongly increasing. In the 2nd half of 2019 spending turned down and then plummeted in 2020 due to COVID. The final $ were $6.89B, down $1.73B (-20.1%). In this report we will drill down into the data to see what groups were most impacted. (Note: All numbers in this report come from or are calculated by using data from the US BLS Consumer Expenditure Surveys)

More specifically, the 20.1% decrease in Total Pet Services spending came as a result of:

You can see that after the big lift in 2018, spending essentially flattened out in 2019, similar to the pattern in 2016-17. Increased availability and convenience of Services has radically driven up the spending on Services. This happened despite a return to a more normal inflation rate, +2.4%. However, inflation grew even stronger, +2.5%. By the 2nd half of 2019, it made an impact as spending declined for the 1st time in 18 months. The 2020 pandemic brought restrictions and closures which drove spending radically down. Now, let’s look at some specific demographics of 2020 Services spending.

Finally, here are some key demographic “movers” that drove the big drop in Pet Services Spending in 2020. The segments that are outlined in black “flipped” from 1st to last or vice versa from 2018. The red outline stayed the same.

You see from the graph that the biggest negatives were all substantially larger than the small increases. This speaks to the severity and widespread nature of the loss in $ in the segment. There was also considerable turmoil in Services spending. 3 groups maintained their position but 7 flipped from 1st to last or vice versa.

There was only 1 “usual” winner – Self-Employed, which have the highest income in their category. There were some winners that were definitely a surprise – Renters, Rural, $50>69K Income, Gen Z, High School Grads, Hispanic and Under 25 years old. That means that more than half of the winners were not expected.

In terms of “usual” losers, there really were none in 2020. The losing segments are where we find these usual winners:

This actually makes some sense. The drop in spending was largely due to restrictions and closures caused by the COVID Pandemic. This would most impact the groups that usually spent the most and would produce the biggest decreases.

After the huge lift in spending in 2018, Services spending plateaued in 2019. There were a lot of ups and downs, but overall the segment remained essentially stable at its new elevated level of spending. That changed with the pandemic in 2020. Like many retail services segments, Pet Services outlets were deemed nonessential and subject to restrictions This resulted in a radically reduced frequency of visits and was the biggest reason behind the 20% drop in spending.

There is no doubt that the Covid pandemic with widespread closures and “staying at home” had a big impact on this most discretionary Pet Industry segment. However, in recent years, with the increasing humanization of our pets, Pet Services have become more important to Pet Parents and the Pet Industry. For Pet retail outlets, offering Services provides a key point of differentiation and a reason to shop in their store. You can’t get your dog groomed on the internet or even in a Mass Market retailer. We expect this segment to come back strong in 2022.